Established in 1982, Sepa Oy is a family-owned company which has grown into the most significant and modern manufacturer of roof trusses in Finland. This has also made it one of the sector’s largest operators in entire Europe. The company’s production plant is located in Keitele.

Being the market leader in our industry in Finland makes us very proud and provides us with the challenge of driving ourselves forward in our daily work.

Our goal is to remain worthy of your trust also in the years to come. We stick to our tried and tested methods of doing things, but we also focus on constant improvement. In our line of work, persistent, environmentally responsible development work is at the core of our operations: “We can rely on this in so many aspects”.

The cornerstones of our top-notch operations are our skilled and motivated personnel, our own design department and the most modern production equipment. 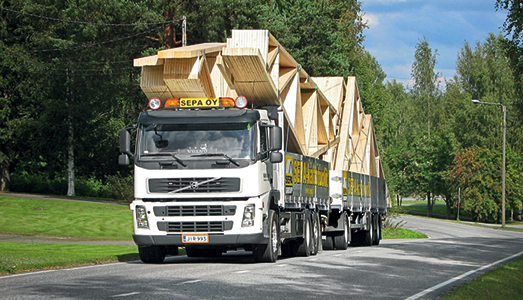 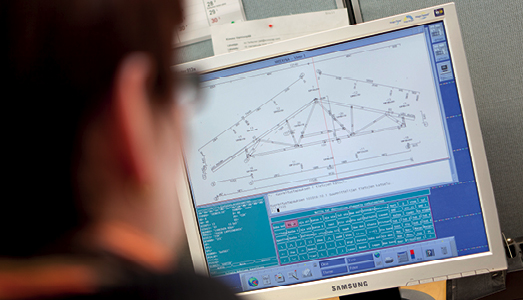 We devote a lot of attention to our environmental policy and we develop it as a focal part of our operational concept.

Our principles also include tight cooperation with the sector’s research and educational institutions. Continuous investment into the industry’s research and product development efforts are just what is needed to increase our company’s capability for new innovations.

To see all the certificates awarded to Sepa Oy, click here. 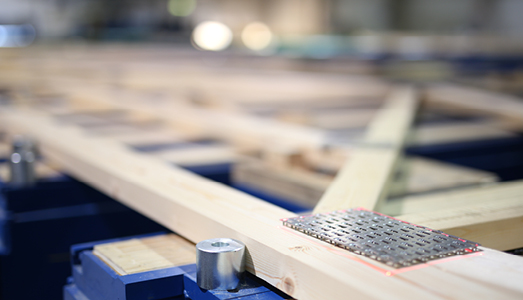 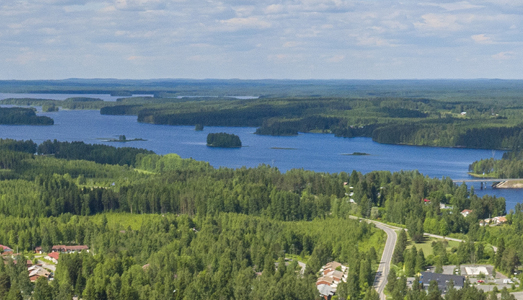 1982 (16 Dec.) This is where it all started: the company was registered under the name Keiteleen Elementtirakenne Ky.

1985 The production space was doubled: it now totaled 400 m². The company started its own truss design work.

1986 CAD, computer-assisted design software, was commissioned for the design of roof trusses.

1987 The work of Seppo Ahonen was recognised with a provincial entrepreneur award.

At the end of the 1980s, the company acquired production facilities in Porvoo.

Deliveries were made to the Soviet Union via Finnish construction companies.

1991 The company was first in Finland to implement a computer-controlled laser dimensioning system for truss assembly (= laser beams are reflected to form lines on the assembly platform in a 1:1 ratio).

1996 The company adopted a new name: Sepa Oy. The name is formed from the letters in Seppo Ahonen’s name. At the same time, the marketing name of Sepa Group was adopted.

1996 A joint venture called Sepa Taldon was established in Russia.

1998 Growth continued: there were now 85 employees.

1999 The number of manufactured roof trusses totalled 100,000, the number of employees 80 and turnover 46 million Finnish marks.

1999 An additional 700 m² of production facilities were acquired; the spaces now totalled 2,000 m². New equipment was acquired for the assembly and production of truss parts.

1999 A computer-controlled automatic multiple saw was acquired for the production of truss parts.

2000 The number of manufactured roof trusses totalled 120,000, the number of employees 80 and turnover 57 million Finnish marks.

2000 Implementation of design software compliant with Eurocode 5 (approved by SFS-Sertifiointi).

2002 The company celebrated its 20-year anniversary at the Nujula open-air dance venue in Keitele.

2008 The long-term efforts of Seppo Ahonen and the entire personnel were awarded with a national entrepreneur award.

2010–2011 The renovation of the roof truss factory’s sawing line was completed.

2012 Festivities for the 30-year anniversary in the Nujula open-air dance venue under the theme of “Time for a celebration”.

2015–2016 Investment in the finger-jointed product line and a second assembly line for the roof truss factory, resulting in an increase of 3,000 m² in production facilities.

2019 Initiation of edge-glueing. Number of manufactured roof trusses reaches four million. Production facilities have increased to approximately 20,000 m². A total of 37 years of operation behind, and the facilities have been expanded for altogether 34 times.

We are confidently aiming our sights for the 2020s. We want to be a trusted partner today as well as tomorrow. We are sticking to our tried and tested methods and values but, at the same time, we are also focusing on constant improvement. In our line of work, persistent, environmentally responsible development work is at the core of our operations: “We can rely on this in so many aspects”.